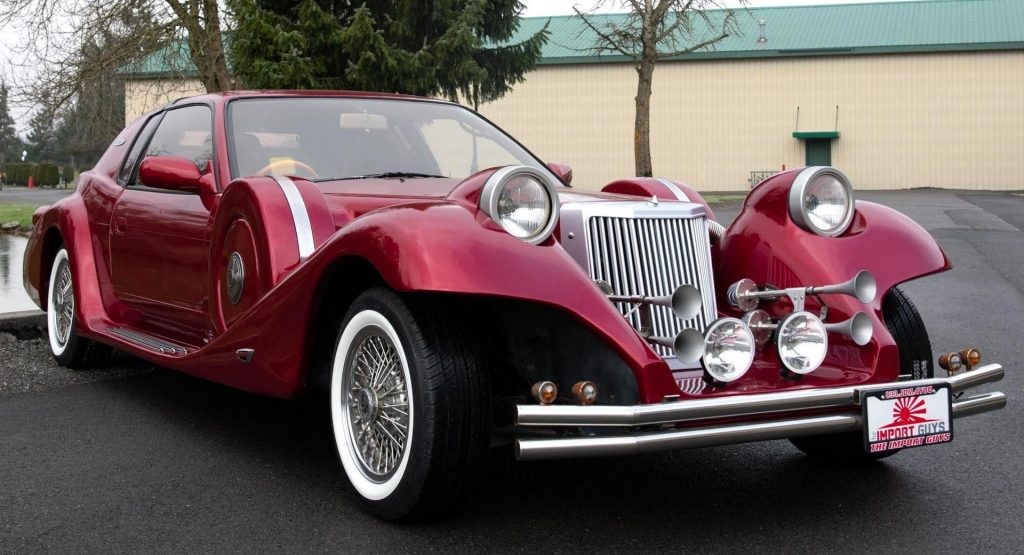 There are few car companies as dedicated to the creation of bizarre vehicles as Japan’s Mitsuoka. By that measure, this 1991 Le-Seyde certainly doesn’t disappoint and it’s for sale in Ferndale, Washington.

Up for auction on Cars and Bids, the Le-Seyde is based on a Nissan Silvia S13 chassis and has been re-bodied extravagantly. Its design shows clear inspiration from the 1920s and ’30s but it is said to have actually been inspired by the Zimmer Golden Spirit.

Equipped with metric gauges, it shows 63,800 km (39,643 miles) and is said to have been imported to Washington in 2001. It is not, however, completely original. Some of the modifications reported include the maroon exterior color, an aftermarket exhaust, a window tint, and a set of 15-inch Rays wire wheels.

There are also flaws, like some bubbling window tint, torn window molding, some wear on the upholstery, cracks on the dash, some rust on the engine bay, and other minor issues. The dealer also states that the car sometimes needs a blip of the throttle on startup to get the interior electronics powered on.

On the other hand, it is an extremely unusual car. That’s especially true in America but, practically, everywhere else as well because Mitsuoka only ever made 500 of these first-gen cars. That does make my vision of turning this into the drift car the S13 chassis suggests it could become a little complicated. But come on, wouldn’t it be cool to see this thing going sideways?