The Sierra is known to be the first SUV in India. It was launched in 1991 and was discontinued in 2003.  Very few examples of the Sierra are now left on the Indian roads. Most of them come out of the garages rarely but here we have a Sierra 4×4 that is still being used for hardcore off-roading.

In the video, we can see the Sierra crossing a river. The river is shallow at first but as the SUV comes towards the other bank, it gets significantly deeper which makes it tough for the SUV to cross it. Fortunately, the Sierra did not face any issues while crossing the river. 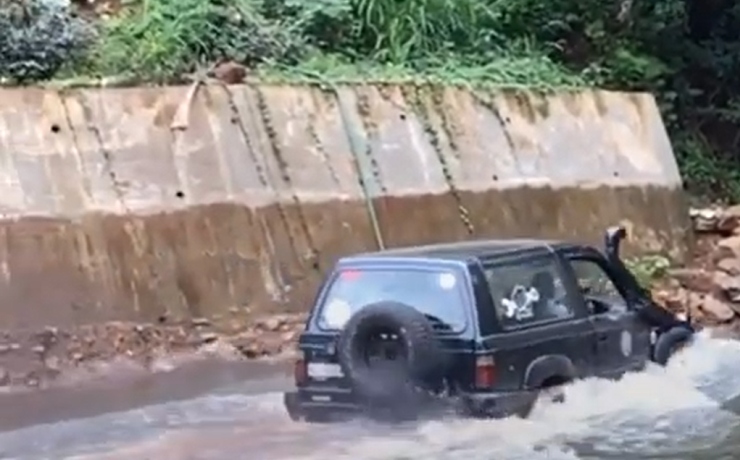 The Sierra in the video is finished in black and has been modified quite a bit for off-roading. There is a winch mounted in the front of the SUV. Just above the winch, there is also a small LED light bar. There are headlamp grilles installed to protect the headlamps in case a branch hits them.

There is also a snorkel present, which increases the water wading ability of the SUV. It also helps the engine in breathing fresh air. It seems like the owner has installed a lift kit to increase the ground clearance. The stock ground clearance of the SUV was 170 mm. It is also running on off-road spec tyres that are larger and wider. The stock wheels of the Sierra measured 15-inches in size, as we can see from the video, the Sierra is not running on stock wheels anymore.

Sierra was launched in India in 1991 and then it was updated in 1999. The SUV was discontinued in 2003 and was replaced with the Safari. The Sierra was offered in Grey, Burning Red, White, Black, Green and Silver. 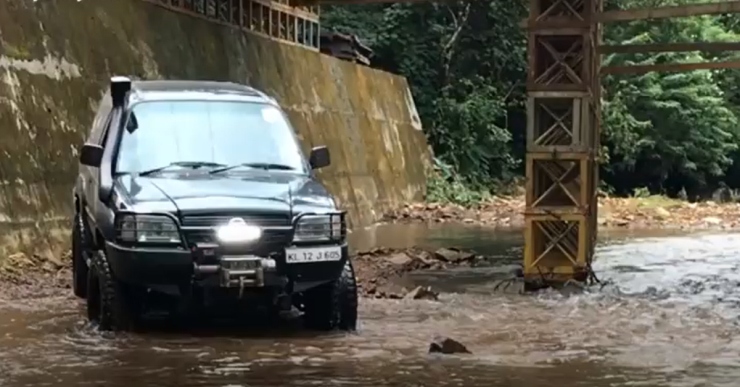 Sierra has a length of 4.4 metres and a height of 1.7 metres. The kerb weight was 1.6 tonnes while the gross weight was just above 2 tonnes. Sierra’s platform was called X2, it was shared with the Estate, Sumo and the Safari.