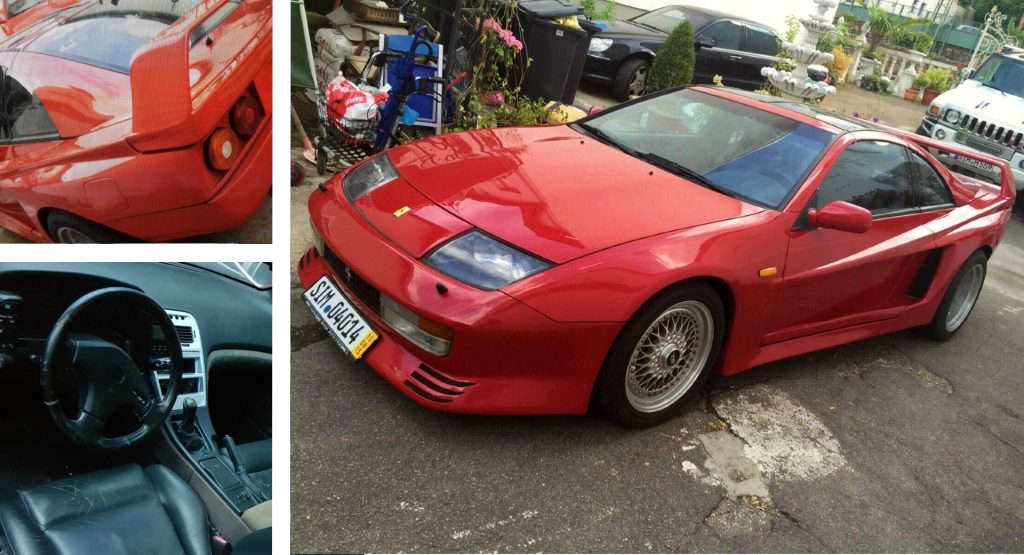 The 300ZX is a fairly desirable Japanese sports car but an owner from Germany wanted to give it a supercar feel so they converted it to a Ferrari replica of sorts. The car is currently (re) listed for sale on eBay with an asking price of €18,000 or about $20,500 at current exchange rates.

The visual modifications are extensive, with a bespoke front bumper that is clearly inspired by the Ferrari Testarossa, wide front and rear fenders with pronounced shoulders and integrated side intakes, plus a completely redesigned tail. The bodykit is called Vector, and the 300ZX is keeping its original headlights. This is not a bad thing though since they were also used by the Lamborghini Diablo so they should be a good fit for any ’90s supercar wannabe.

See Also: Cover Your Eyes Kids, A Confused Pontiac Fiero Is Masquerading As A Ferrari Enzo 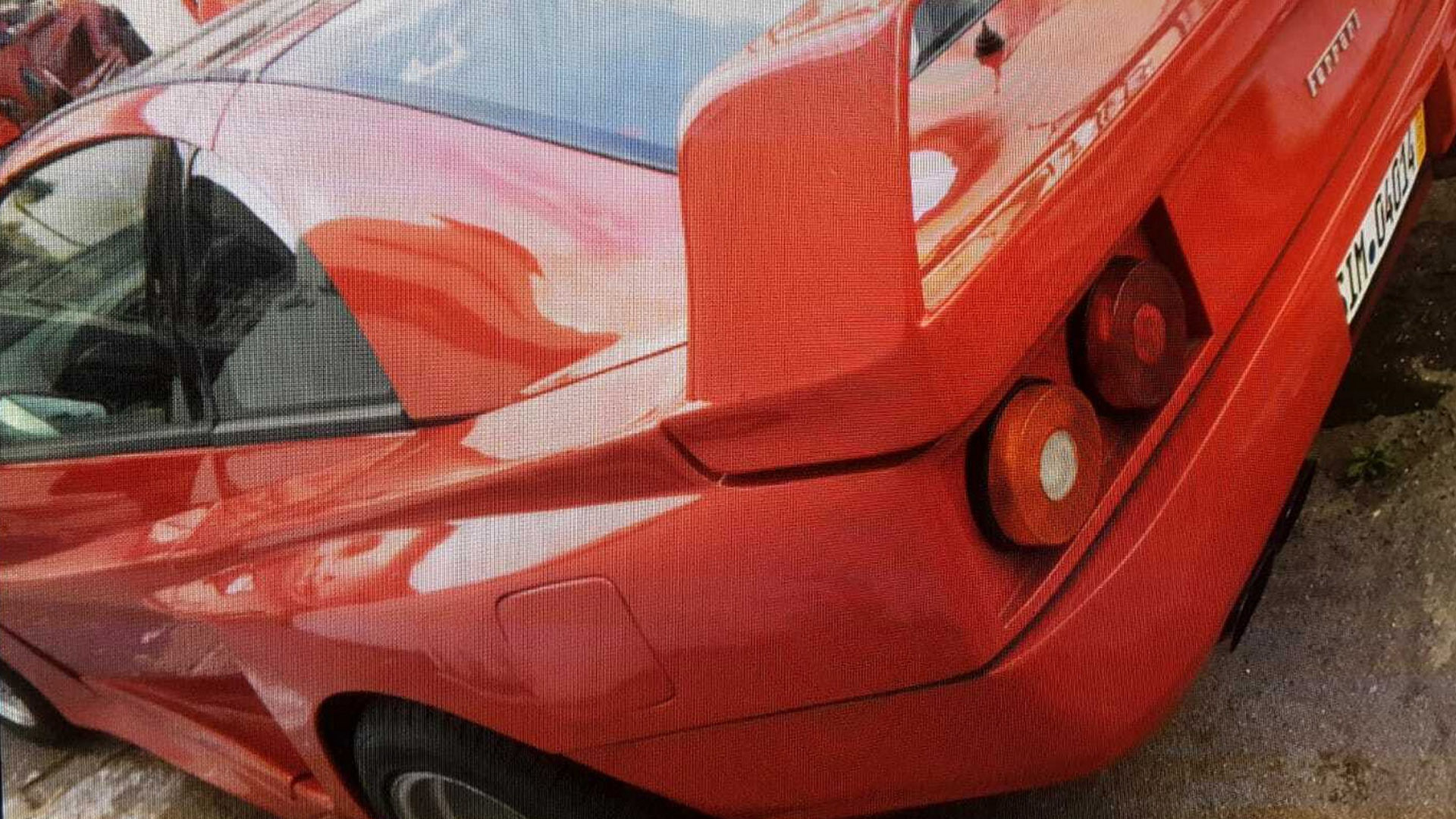 The rear end mimics the Ferrari 512M which was the latest evolution of the Testarossa, adding a large rear wing to the mix for a Koenig-style look. The F40 taillights and the Ferrari badge bring strong Maranello vibes, in combination with the quad exhaust pipes on the custom rear bumper – two of which seem to be functional. A set of BBS-style rims with a large offset at the rear axle complete the visual changes.

According to the ebay listing, the 300ZX was bought back in 1991 and has traveled 68,000 miles (110,000 km) since. We can’t be sure about the extent of the mechanical upgrades but the twin-turbo 3.0-liter engine allegedly produces 350 hp (257 kW / 355 PS), which is a healthy increase over the stock unit. A five-speed manual transmission is sending power to the rear wheels with the help of a limited-slip differential.

See Also: An Unfinished Lamborghini Diablo Replica Is One Way To Blow $30,000 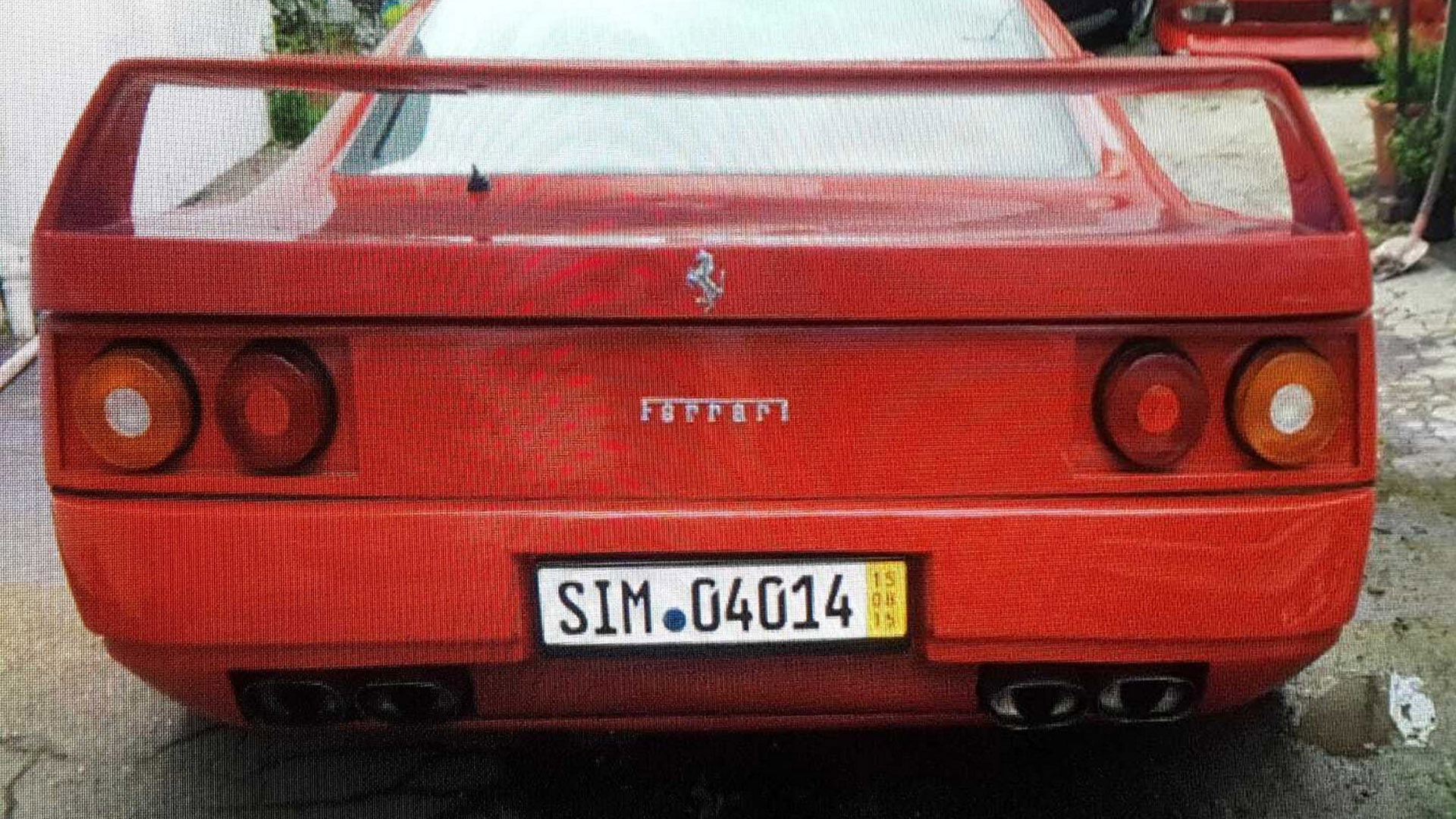 Setting aside the absurdness of the Ferrari 300ZX / Nissan Testarossa theme, the bodykit looks well fitted. As for the money that someone has put into this thing, the current owner suggests that the total cost of modifications exceeded the €20,000 ($22,660) mark.

By the way, if the Ferrari-esque Nissan feels like a deja-vu to our most loyal readers, it is because we posted a story about another Ferrari-themed 300ZX back in 2014. This one though featured a different bodykit that looked less convincing.