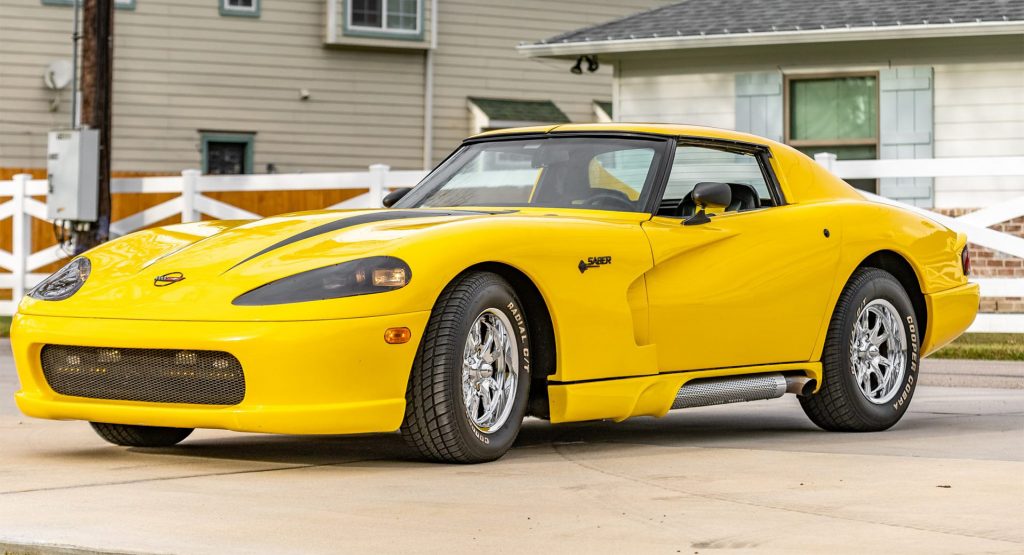 Every day, some weird, wonderful, and very expensive cars sell on Bring a Trailer but there are some cars that fall through the cracks and fail to find a new home. This extensively modified 1976 Chevrolet Corvette was one of them.

Looking unlike any other Corvette like it, the car was extensively modified in the 1990s while residing in Florida and adorned with a fiberglass body design to mimic a Dodge Viper. This bodykit is known as the ‘Saber’ and was produced by RPM Design Limited in Rhode Island. The kit includes Viper-inspired headlights, fender vents, and a rear end mimicking the V10-powered muscle car. Also catching the eye are T-top roof panels, shaved door handles, and side-exiting exhausts.

The listing reveals that the car has also been outfitted with Bilstein shocks and rides on 15-inch chrome-finished wheels with staggered-width Cooper Cobra Radial G/T tires. Slotted and drilled brakes are found at all four corners. 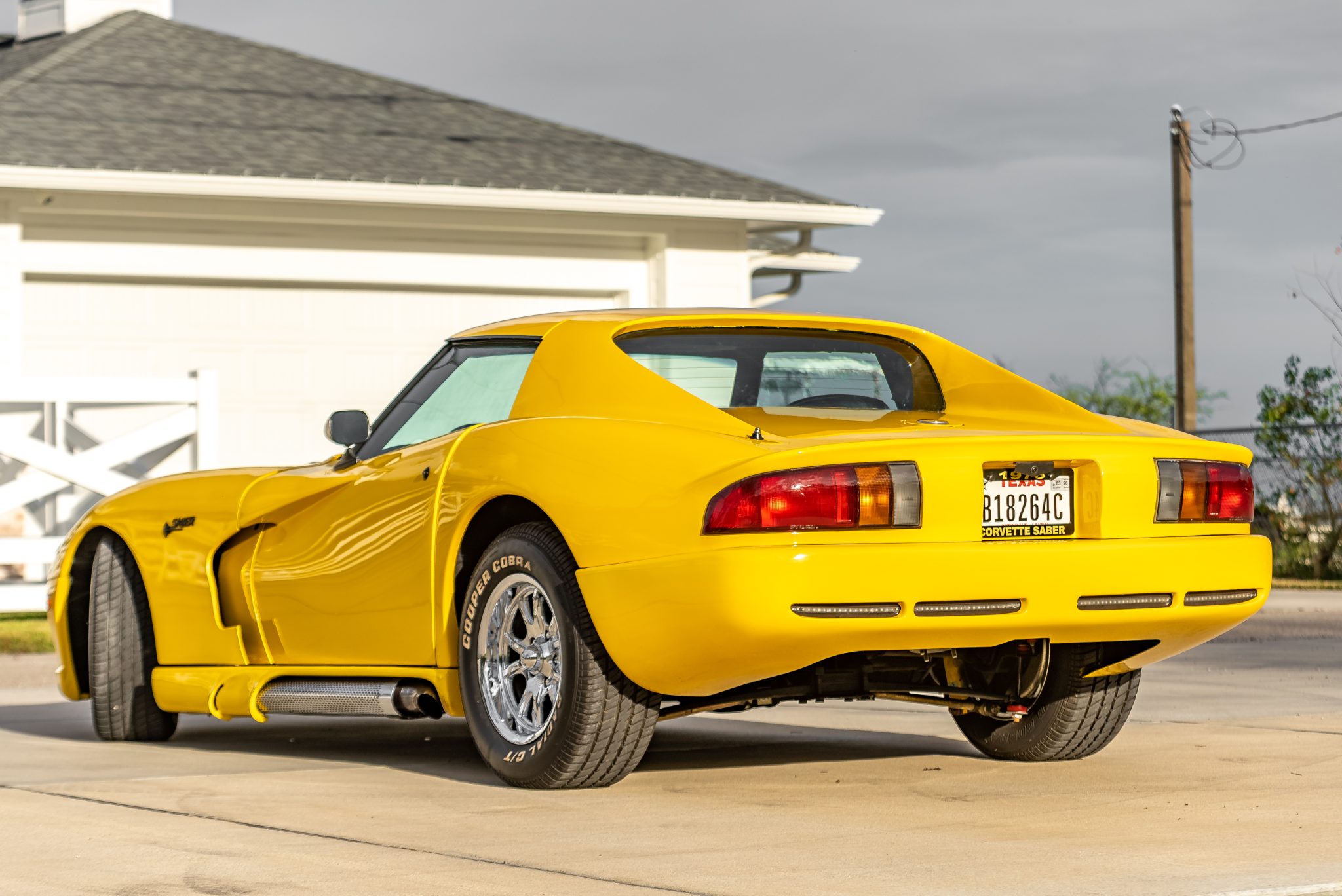 A look inside the ‘Vette’s cabin reveals yellow leather mimicking the shade of Bright Yellow adorning the exterior. There is also a four-spoke steering wheel, bucket seats, and an aftermarket stereo (which doesn’t work).

The Corvette’s previous owner also removed the standard engine and replaced it with a 350 cubic-inch V8 that features an aftermarket radiator, thermostat, finned valve covers, an MSD ignition, and tubular headers. Mated to the V8 is a three-speed automatic transmission powering the rear wheels. The car has covered a touch under 8,000 miles (~12,800 km) since the Viper-inspired transformation.

A look at the listing shows that many Bring a Trailer members were not impressed with the car and that bidding topped out at just $15,000, below the seller’s reserve.