Recently, we came across a fatal looking accident of a grey-coloured Mahindra Thar from Jharkhand, in which the vehicle was reported to be completely crashed between two other vehicles. In the images of the damaged Mahindra Thar, which surfaced on the internet, we saw that the Thar is badly destroyed from the rear, top and left-hand side. Now, the owner of that Mahindra Thar has come up with an elaboration of the whole incident. 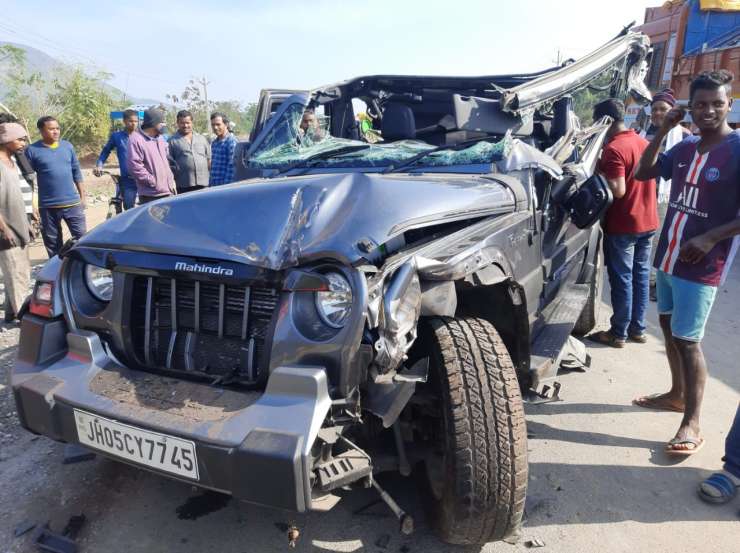 In a Facebook post in a group named “Mahindra Thar 2021 Official Owner’s Group”, the vehicle owner, Mrs Reena Rajesh has described the whole incident in detail. The Mahindra Thar Convertible involved in this accident was gifted to her and her husband by their daughter as a gift on the occasion of their 25th wedding anniversary.

On the day of the accident, the Thar owner’s husband was driving the SUV on NH33, where it was hit by a truck from the rear. Due to this, the driver lost control over the SUV. Eventually, it rolled over and rear-ended another truck parked stationary on the side of the highway. Fortunately, the driver was wearing a seat belt and held the steering tightly when this accident took place. The driver came out without sustaining any major injury, except for a small cut on his palm due to a broken piece of glass. Though in this accident, the Thar was severely damaged from all of its sides.

In her post, Mrs Rajesh has shared some pictures of the damaged Thar and has thanked Mahindra for making such a sturdily built vehicle that managed to keep her husband safe. At the same time, she also showed her concern that the airbags of the Thar failed to deploy in such a serious kind of road accident.

While her grievance might look justified at first glance, a closer inspection of the images reveals that the impact on the front bumper was not too significant for triggering the airbag sensors placed behind it. The front bumper of the Mahindra Thar Convertible crashed looks almost unbroken, due to which the airbag sensors failed to sense the impact and did not trigger the front airbags to open up. 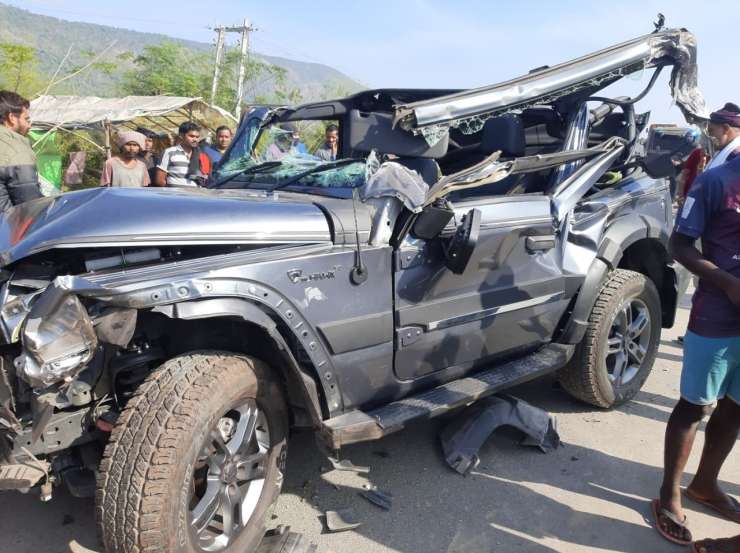 The SUV is available with three rooftop options. There is a hardtop, a soft rooftop and a convertible soft top. The cabin also gets a slew of new additions like front-facing rear seats, a touchscreen infotainment system, ABS, airbags, two airbags, cruise control, traction control, VSM and more. Mahindra Thar is the first off-road vehicle in India that has scored a 4-star safety rating.