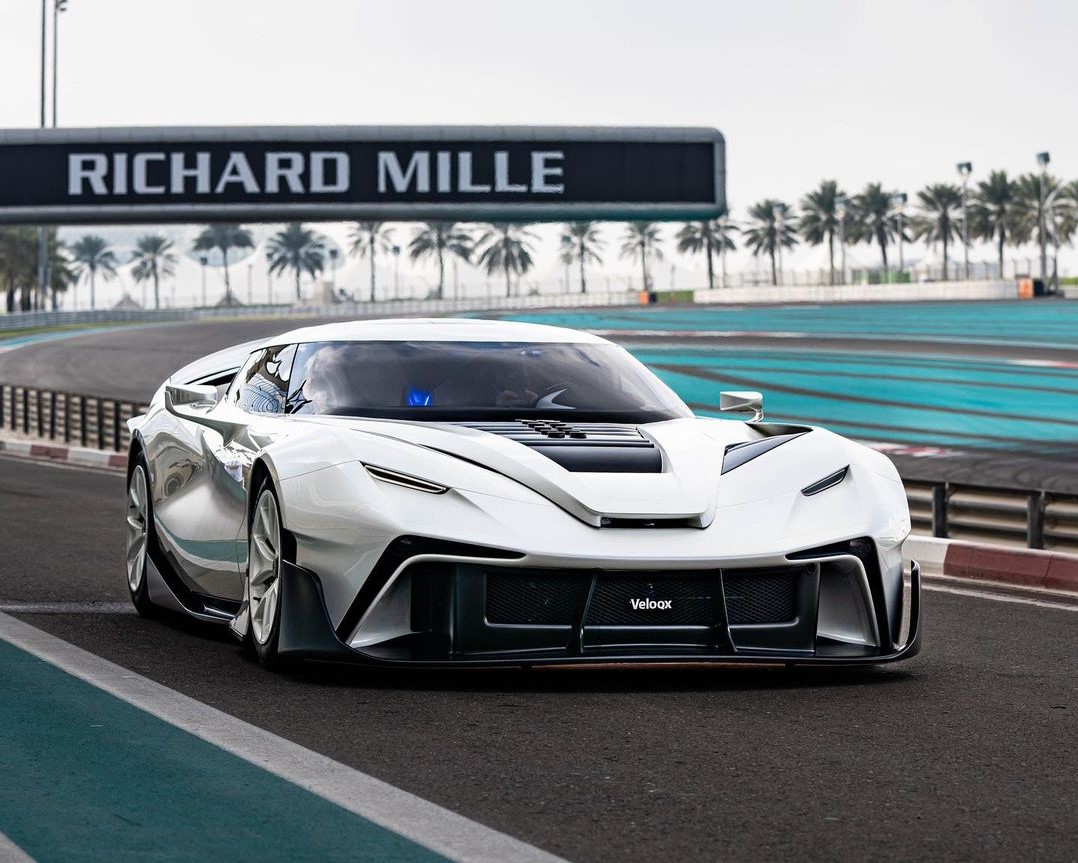 Last year we heard rumours of a possible Ferrari F125 TDE and even saw what looked like the creation in a leaked image but it seems that wild creation is actually the Veloqx Fangio.

If the association of these words doesn’t sound familiar, the former word should though, “Veloqx” is a motorsport team. It triumphed at the 12 Hours of Sebring in 2004 when it also finished in second place at the 24 Hours of Le Mans with an R8.

Fangio is of course a tribute to the five-time F1 championship winner Juan Manuel Fangio who also piloted cars in the two endurance races we mentioned above, as well as at the 24 Hours of Spa.

Team founder Sam Li has unveiled plans for a FIA World Endurance Championship challenger to be known as the Veloqx Fangio Hypercar, which will be powered by an engine capable of running on multiple environmentally-friendly fuels.

The plan is for the car to begin racing in 2025, although Li hasn’t ruled out an earlier return for the Veloqx name.

Although no official press release has hit the interwebs, we know it is powered by a Ferrari V12 possibly from the F12tdf.

It is a crazy looking thing with an ultra-aggressive body kit and even runs on LMP2-spec slick tyres.