Poll promises are made to win votes and there are many politicians who will make the most bizarre promises ever. Om Prakash Rajbhar, chief of Suheldev Bhartiya Samaj Party promised that he will allow three passengers if its alliance with Samajwadi Party is voted to power in the upcoming Uttar Pradesh elections. 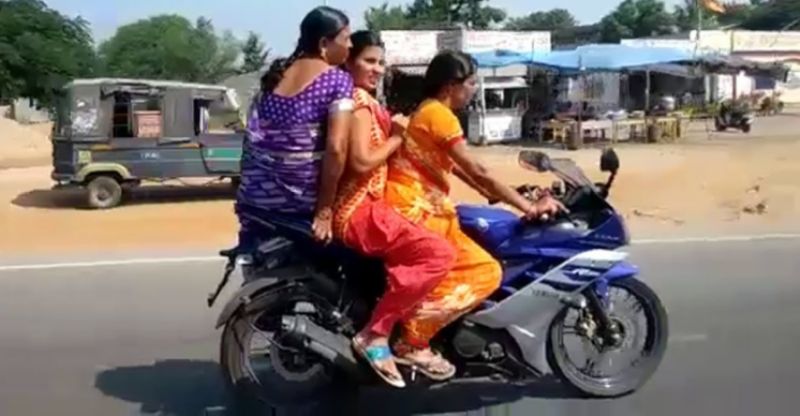 Rajbar said it in an interview with ANI. His exact words were,

“A train carries 300 passengers on 70 seats & doesn’t get challans… why’s there a challan if 3 people ride a bike? When our govt comes to power, 3 riders will be able to ride a bike for free, otherwise, we’ll put challan on jeeps/trains. When sometimes there is a quarrel in a village and a person registers a complaint with the police, then a constable goes to the village. They make the accused persons sit with them on the bike. Why is that inspector not fined for tripling?”

SBSP is a former ally of the BJP and is now part of the Samajwadi Party-led alliance. The new announcement has become viral on the Internet.

Triple riding is illegal in India

#WATCH | A train carries 300 passengers on 70 seats & doesn’t get challans… why’s there a challan if 3 people ride a bike? When our govt comes to power, 3 riders will be able to ride a bike for free, otherwise, we’ll put challan on jeeps/trains: SBSP founder & chief OP Rajbhar pic.twitter.com/GRdezXPv6C

Only two riders are legally allowed to ride on a two-wheeler in India. However, triple riding is a common scenario in the Tier-II and Tier-III cities where the cops do not pay much attention to such violations.

However, riding more than two on a two-wheeler is illegal and there’s a challan if you do it according to the MV Act. Two-wheelers are not designed to carry more than two people. Carrying three passengers can cause various problems including disbalance and losing control of the vehicle.

Triple riding also increases the load on the engine, which can also cause a lot of problems and shorten life. With extra weight, the two-wheeler’s fuel efficiency also gets reduced.

The government has recently made the rules stricter and increased the challan amount to deter motorists from violating the rules. Some violations now cost a lot more than before.

India sees one of the highest numbers of accidents in the world. Every year thousands of people die because of road accidents. However, most motorists still do not follow the rules and laws or maintain lane discipline. Even though the government has increased the challan amount, the number of accidents is yet to see any significant change or drop.

With an expanding number of highways and high-speed roads, motorists must follow the road rules strictly to bring down the accident numbers in the future.

The post Will allow three riders on motorcycle if voted to power: Politician first appeared on Cartoq.Cartoq Read More