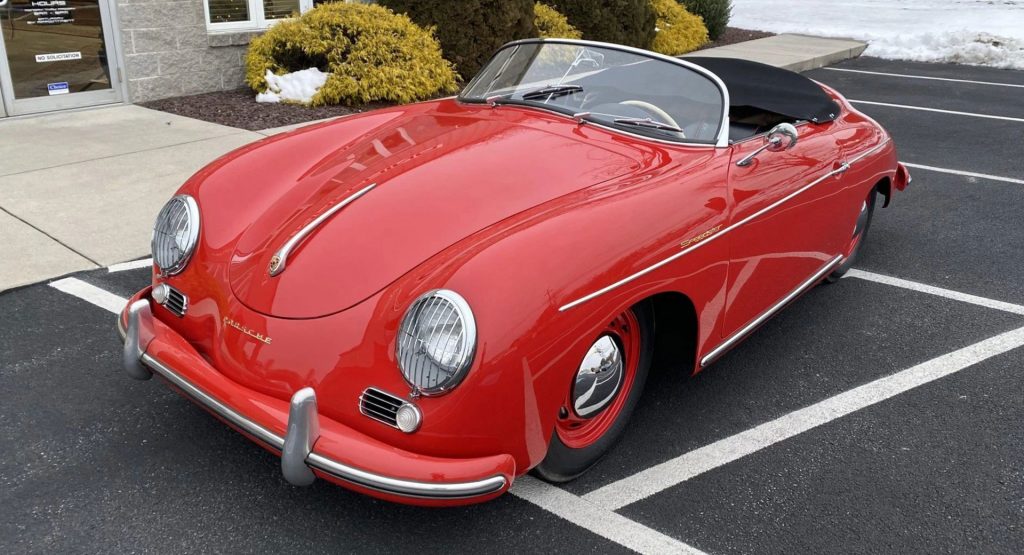 A gorgeous 1955 Porsche 356 1500S Speedster has just hit the market after a comprehensive refurbishment and looks set to sell for a serious sum.

The car’s restoration was completed in 2020 and carried out by WW Motor Cars in Broadway, Virginia. During the restoration, the bodywork was stripped down and refinished in the original shade of Signal Red. The iconic German sports car was then equipped with a black soft top with matching side curtains. New 16-inch wheels were also fitted and are wrapped in new tires. 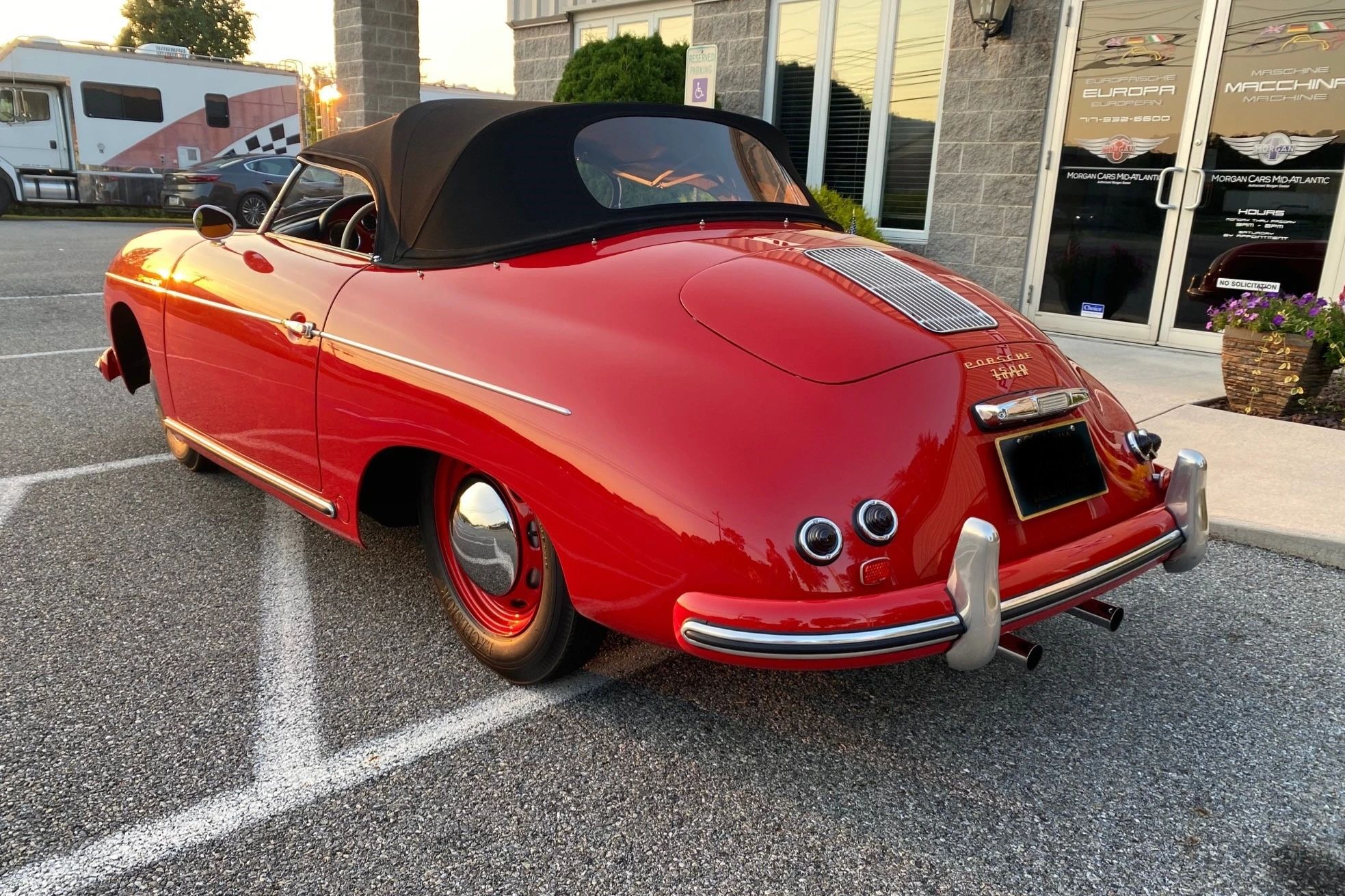 The Bring a Trailer listing reveals that the car’s four-wheel hydraulic drum brakes were also rebuilt during the refurbishment. The 1.5-liter flat-four cylinder was also replaced and rebuilt by Europa Macchina in Lewisberry, Pennsylvania and is coupled to a four-speed manual transmission driving the rear wheels.

Extensive time and effort has also gone into thoroughly restoring the interior. For example, there are fixed-back bucket seats reupholstered in black leatherette with red contrast piping. Matching black upholstery is also found across the door panels, rear cushions, and dashboard while black rubber floor mats have been installed across the floors, sills, transmission tunnel, and seat backs. There is also an ivory-colored two-spoke steering wheel that catches the eye.

The classic Porsche 356 has been driven just 30 miles (48 km) since the restoration was finished and is being sold with a Porsche Certificate of Authenticity, an owner’s manual, and a clean Delaware title.

While the car is almost 70 years old, it hasn’t had all that many owners over the decades. In fact, the current owner purchased it in 2009 from a family that had it in their collection for some 41 years. With less than a day remaining in the auction, bidding on the car was quickly approaching the $230,000 mark.