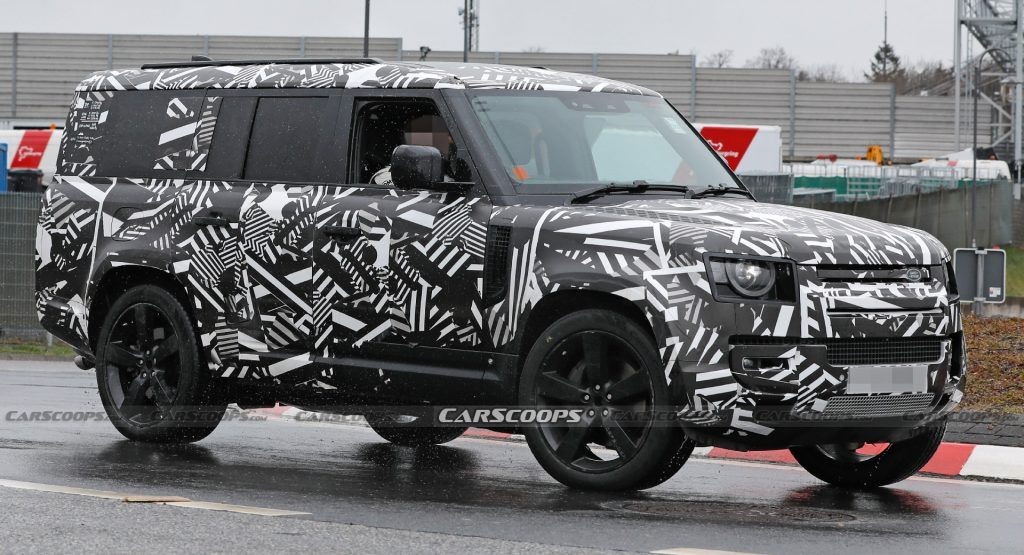 The Land Rover Defender range will soon be expanded with the longer 130 variant which has been spied again, this time in V8-powered guise. Despite its massive length, a camouflaged prototype of the performance-focused SUV was caught testing at the Nürburgring showing its faster bits.

The prototype is covered in black and white camo but we can see most of the design features signifying the presence of a V8 under the bonnet. Those include the 22-inch five-spoke wheels finished in Satin Dark Grey, the tinted headlights, and the quad exhaust pipes sticking out from underneath the rear bumper. 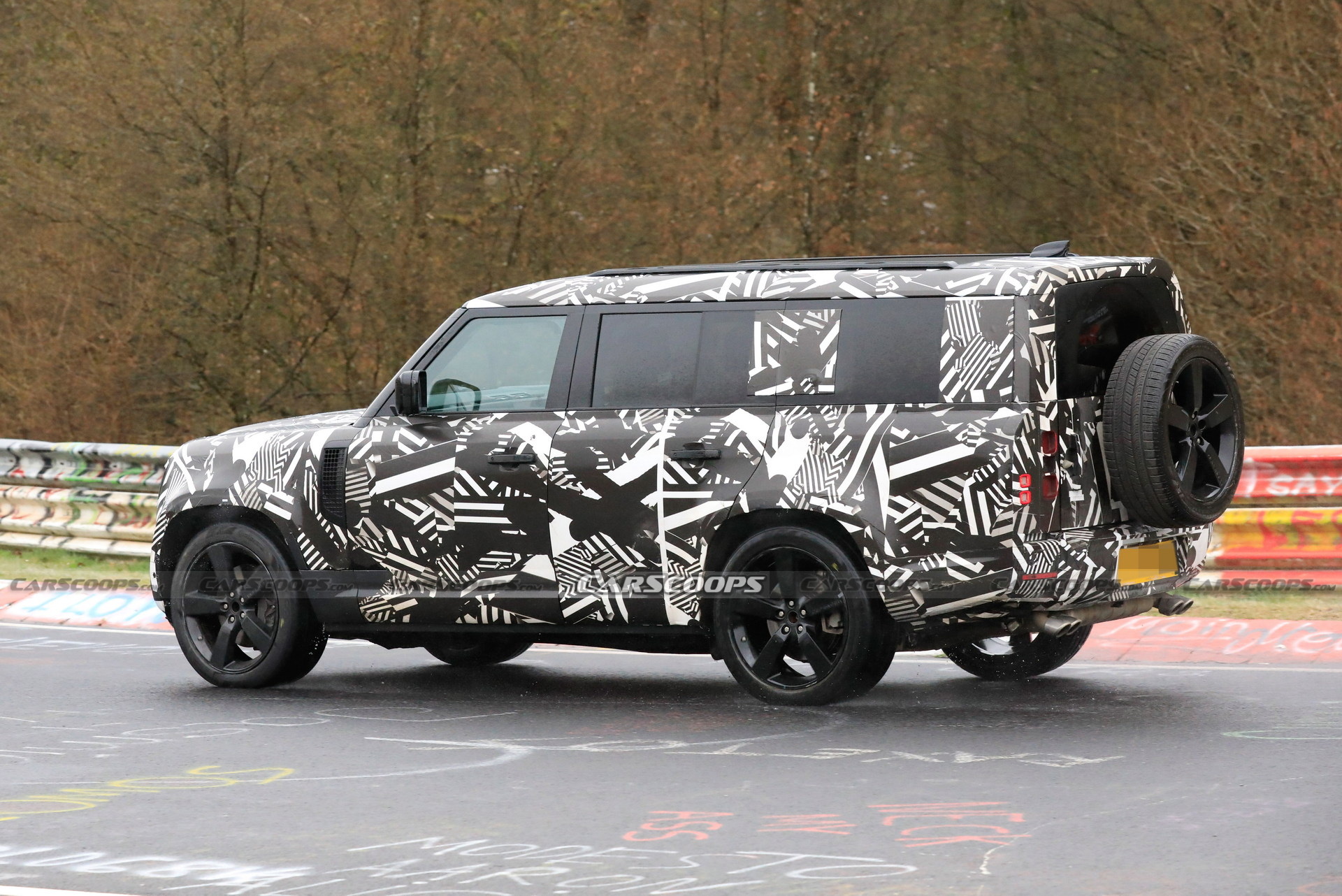 From the current Defender V8 range (90 and 110) that was introduced in 2021, we already know the specifications of the mighty engine. The supercharged 5.0-liter V8 produces 518 hp (386 kW / 525 PS) and 846 Nm (625 lb-ft) of torque, sending power to all four wheels through an eight-speed automatic gearbox. The model comes standard with the Electronic Active Rear Differential, while featuring a stiffer setup for the active suspension, larger anti-roll bars, a Yaw Controller system, and an extra Dynamic program in the Terrain Response Selector.

The Land Rover Defender 130 – first hinted at during a presentation back in 2019 – was supposed to join the three-door 90 and the five-door 110 a lot earlier, but its debut was postponed due to the pandemic. Last year, Land Rover CFO Adrian Mardell revealed that the Defender 130 would arrive by August 2022 during a call with investors. This sounds plausible judging from the nearly production-ready look of the latest prototypes.